Java vs. Kotlin – Which should you prefer?

In Android development, Kotlin is compared with Java in the same manner as Swift, and Objective C are compared. Kotlin is very simple, clean, and removes a lot of code blot from Java.

Kotlin also adds some needed features that Java does not support. The learning curve for Kotlin yet is pretty low, and any experienced Java developer could easily pick up Kotlin in a few hours. One can use Java and Kotlin files together as they work nicely simultaneously.

Developers who have an understanding of Kotlin feels comfortable using the language for isolated parts of the application to test the results.

What should you prefer to learn? Java or Kotlin?

To learn Android app development, you must learn Java or Kotlin. It is assumed that many of the people have least or no information about Kotlin. For beginners, it is essential to learn Java as it is easier than Kotlin.

Also, community support is readily available for learning Java. Many open-source projects are available to learn Java programming, and you can quickly get clarification for your questions on stack overflow.

On the contrary, Kotlin programs are not available openly, and however, you need to learn Java first to understand Kotlin easily. For a freelancer, it is beneficial to learn both Java and Kotlin. However, freelancers are usually asked to build Native applications at least price, so they prefer Java.

With the enhancement in technology and increasing demands, it is necessary for the Android app developers working in a corporate company to have hands-on Kotlin as well as Java. Developers knowing Java finds ease in understanding the Kotlin concepts. Also, Kotlin developers are usually paid more than Java developers.

Overall, if you want to achieve maestro as an Android app developer, you must be proficient in Java as well as Kotlin.

James Gosling created Java, and it is an object-oriented language like C++. Using it, we can create programs compatible with almost all types of machines, work with Linux, Windows, and Android.

The Java community today is one of the largest and most influential developer communities in the world. Java is essential both for the Internet and computers in general. It can be used almost everywhere.

Benefits of the Java language are:

What is Kotlin? Why is it used?

Kotlin is a language created in JetBrains, and it was announced as the second Android development language by Google I / O. Since then, a working relationship has been maintained with the Google cloud platform, Gradle, Spring. The creators of Kotlin believe that Android development can be faster, more fun, and the language community is continuously growing.

It is a well-known fact that each technology has some things to offer. It may be the updates in an older version, instructions to new technology, or some additions which are entirely new to us. Mobile app development languages are the first and foremost requirements in today’s world.

It is believed that Kotlin is the answer to Swift. Many companies are already hiring Kotlin developers on the same scale as iOS app developers.

Parameters to compare Java and Kotlin

Prior to generics, raw types were used quite often. They are backward compatible but may throw an exception CastClassExceptionat runtime. There are no raw types in Kotlin. This means that the code is safe.

The exception is the notorious NullPointerException. It is mainly responsible for the mistakes of programmers. Android uses null to represent the absence of values. But null can quickly destroy the program. Kotlin’s built-in null security lets you not write additional code.

A great feature of extension functions is missing in Java, which is currently available in Kotlin.

Brevity is a decisive factor in productivity. Large projects are more comfortable to write when the developer gets a chance to remove extra code out of every line of code. The critical observation is that Kotlin does not lose sight of understanding. The syntax is concise and to the point.


Many praise Kotlin for its brevity and quality whereas java is not known for this. Less code means fewer errors but Kotlin does not abuse brevity. The concise nature of Kotlin simplifies a developer’s job and mitigates the risk of error.

Checked exceptions in Java is a problem. The compiler literally causes the calling method to throw an exception. The programmer is forced to process it or declare it with throws. This, at least, slows down the work. Kotlin has no checked exceptions. Code shortens again – security improves.

The great feature of Data classes is a time-saver, and with Kotlin, declaration of class and its properties can be made in the single line. It requires adding only the data keyword in the class definition.


An Example of Smart Casts in Kotlin;
You may also love to read our another blog – How to develop apps for foldable phones?

Is Kotlin going to replace Java?

Talking about the future, Google has announced that Kotlin is the first preferred language for Android app development. Java is still in use, and there is no notice of Java support removal.

“We understand that not everyone uses Kotlin right now, but we believe that you should be on it. You may have good reasons to continue to use C ++ and Java, and this is perfectly normal. They don’t go anywhere.” said Chet Haase, Developer Advocate for Android.

Kotlin is the winner of the confrontation as it develops day by day. The documentation is implemented very well. In terms of compatibility, security, syntax, and functional programming, Kotlin is much better. Android developers got the pragmatic, modern, and intuitive language they were waiting for, but it all depends on preferences.

Kotlin offers many features like it is object-oriented, functional, declarative, and script programming are available to him. Developers can easily switch between these paradigms. This means that Kotlin sets a new level of achievement for programming languages.

VT Netzwelt offers you end-to-end, full-stack Android app development and supports you for the whole Android application lifecycle starting right from the idea to the publication of the app on Google Play Store.

Our experienced Android app developers leverage the power of Kotlin and Java to develop highly scalable and resilient apps. 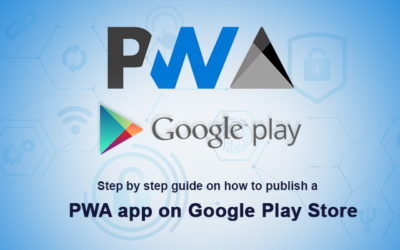 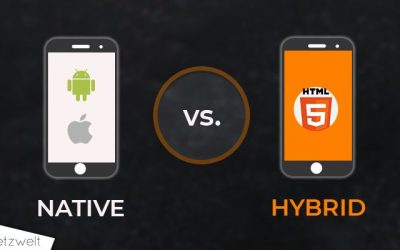